Everybody always dreams of settling down, having two or three kids, and living happily ever after. But why? I mean, why the children? Maybe it’s the millennial in me, but I just don’t get it.

The negatives are quite obvious. Babies are expensive. The US Department of Agriculture stated that a child born in 2013 and raised to the age of 18 would cost a middle-income family approximately $245,340. The money wouldn’t stop there either. We all know how much college costs. But for now, think of that $245,340. Think how much you could buy with that, and you want two or three kids?

Babies eat, sleep, and poop, and they’re terrible at all three. They throw food around, spit food up, and refuse to eat things they loved a day ago. They wake up at odd intervals and disturb your own sleep with blood-curdling cries. And…diapers. Diapers speak for themselves. Yuck.

Oh, one more thing: Ladies. By no means can I say what pregnancy will be like for you or what the pregnancy will do to your body. Even so, it’s something to consider.

So, why children? What do people say?

They’re cute. Uh…lots of things are cute. Puppies. Look at these puppies! They’re a lot cuter than babies. Come on…look how cute those puppies are. 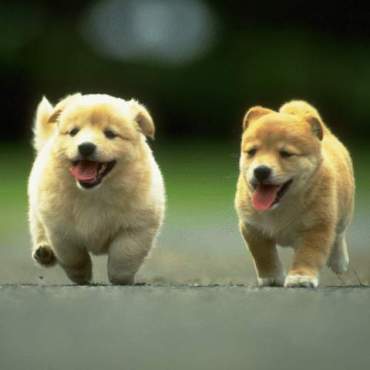 They make us better people. The argument here is you try to make sure your baby is as healthy and happy as possible. Then after trying to do that, you realize you should try to make yourself as healthy and happy as possible. It’s a bit idealistic. A lot of criminals have children. A lot of obese people have children. In fact, sometimes the baby doesn’t make its parents better people. Sometimes the parents just make the baby a worse person like them.

They give meaning to our lives. Okay, so maybe babies don’t make us better people, but they give us a better reason to live. I find that sad. A baby isn’t a solution to a problem. A baby won’t fill the void in your life. That’s your job. Find your own meaning in life.

Procreation. This idea makes more sense. From a scientific standpoint, your purpose in life is to make more humans. However, humans are overpopulated. We’re constantly encroaching on the environment and many scientists think that our actions have triggered a new global extinction (Holocene Extinction). So we really don’t need more babies, that is unless you’re into eugenics and want to create some perfect human from selective breeding. I won’t endorse that, though.

So please people, enlighten me. Why have children? Personally, I think a puppy would be a much better idea.

One thought on “Children. Why?”