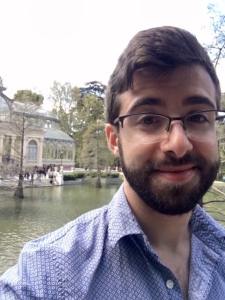 Two weeks ago I took a trip with the other Americans in my study abroad program to Moscow, the capital of Russia, and the home of my buddy Putin. I would have written sooner about my travels, but I was busy preparing for a trip the next week to Bratislava, Vienna, and Budapest. Stay tuned for my posts about those wonderful cities.

After a calm night train from Petersburg to Moscow, we dropped our luggage off at Godzilla’s Hostel, a cute set of rooms with a friendly staff and a location not far from the circus. We then headed to the Tretyakov Gallery, an art museum with displays of Russian artists only. For many, including myself, solely Russian artists doesn’t seem like a big selling point. However, just because you can’t name many famous Russian artists like Shishkin, Aivazovsky, and Repin, doesn’t mean you won’t greatly enjoy yourself. The Tretyakov gives you the best Russia has to offer. Much of the art depicts Russian landscapes, vibrant waves on the sea, and religious events and portraits much like western art in the Renaissance. However, there are more modern pieces to catch your eye. If you’re in Moscow, the Tretyakov is a must see.

With the rest of the day free, I took the opportunity to see Gorki Park, well, part of it anyways. I wandered through a display of statues depicting famous Russian authors until I got distracted by a giant monument dedicated to the Russian navy. I enjoyed my short time in the park, though I wish I’d seen more of it. 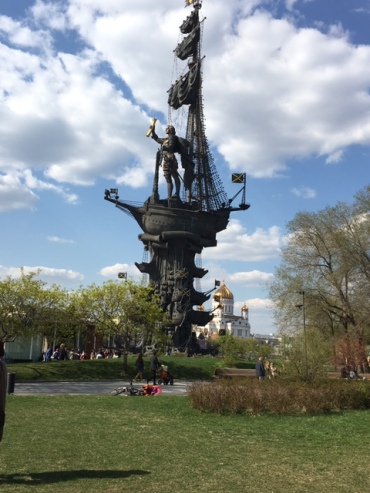 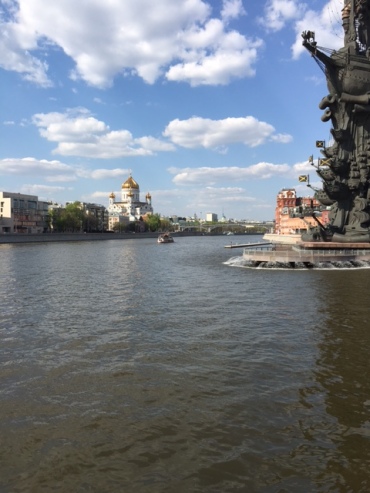 From there, I couldn’t resist the urge to see Red Square. After all, it is the main tourist attraction in Moscow. The square itself is nothing more than an expanse of cobblestones, but everything that surrounds the cobblestones is utterly breathtaking. On one edge stands the Kremlin, the center of Russian government enclosed by tall, red walls and towers. I’ll come back to this one. 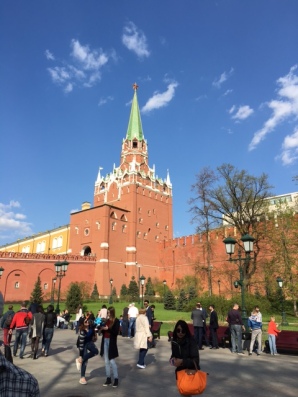 Across from the Kremlin, lay GUM (Not gum. Don’t you dare so gum. GUM rhymes with zoom), one of the biggest malls you will ever have the honor to enter. I’m notoriously cheap, so I didn’t go in, but for a shopper at heart, it’s paradise. You’ll have to trust me.

On another edge is the Russian History Museum. The exterior is quite impressive, but I also didn’t go in because…excuses. Lenin’s Mausoleum is also on Red Square, but the exhibit was under renovation. Yes. Renovation. Of what? I don’t know. Lenin’s corpse? Maybe. 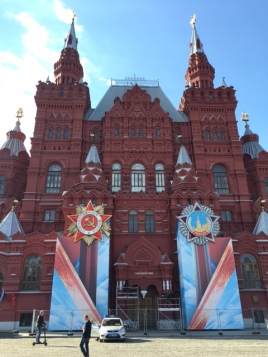 And how could we forget Saint Basil’s Cathedral? She is the vibrant, onion-domed treasure of Russia. You can’t walk five feet without finding a souvenir clad with her beautiful facade. Made under the rule of Ivan the Terrible, St. Basil’s is the least terrible part of his rule – that is unless you consider the rumors about Ivan blinding the architect, so he couldn’t make another masterpiece like that again, part of the history of the cathedral. 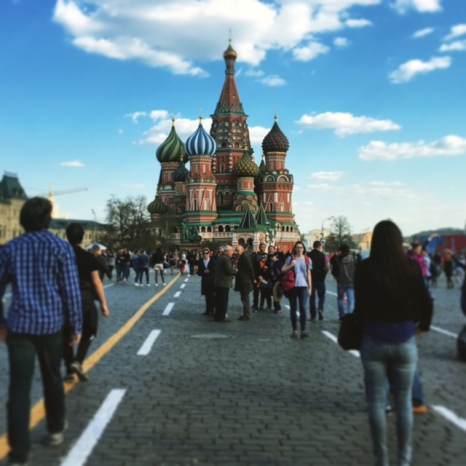 The next day our group went to Kolomenskoe, a sprawling, suburban park situated on former royal land. Although the wooden palace is a stunning example of architecture, I find the park itself more enjoyable with its long rows of trees and quaint, quiet churches lost in the woods. Just look how peaceful this place is. What a view! So romantic. I’ll let the pictures do most of the talking for me. 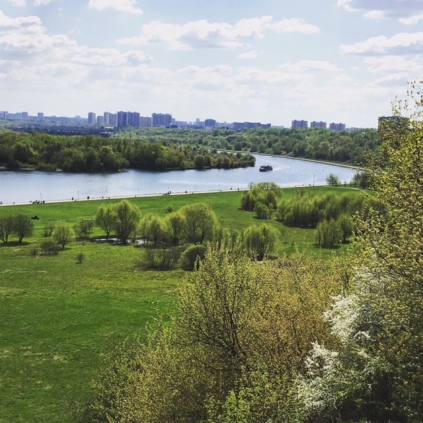 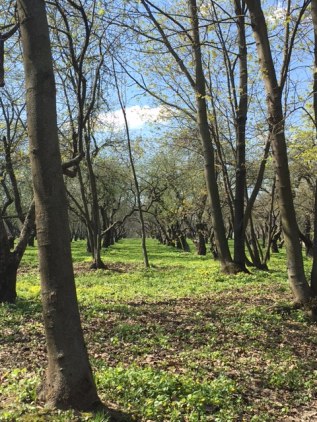 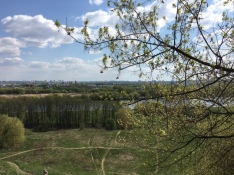 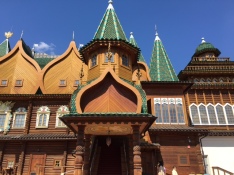 Soon after Kolomenskoe, I took a trip to Moscow City, a city within a city decorated with sparkling skyscrapers. Since I study in New York City, I’m a bit over the cold glass and steel look. Even so, I must agree the twist (hehe puns) they put on skyscrapers is pretty cool. 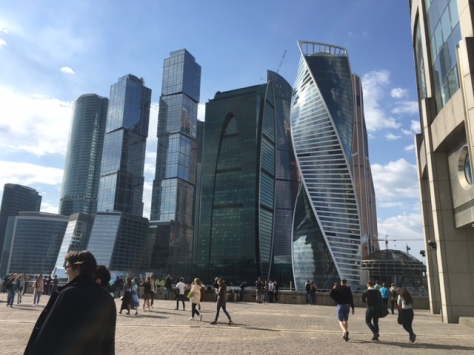 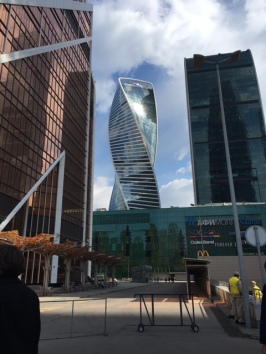 Now back to the Kremlin. To my delight, my study abroad program provided us with a free tour through its grounds. Every now and then, you’d see a black car drive by, carrying some important official, and not so far away, an armed soldier in uniform made sure you don’t try anything funny. Anything! Even J-walking (ahem, not that I did that and got yelled at or something of the sort). Besides the official atmosphere, you obviously have your government buildings and your churches, including the Assumption Church, where all the tsars were crowned and Ivan the Terrible is supposedly buried. You’re not supposed to take pictures inside the church, but I didn’t know that. So, as you might guess, I got yelled at again. Regardless, I took the pictures and there’s no sense in deleting them. You deserve to have a look inside anyways. 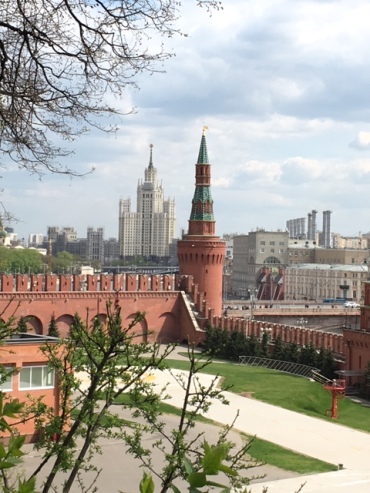 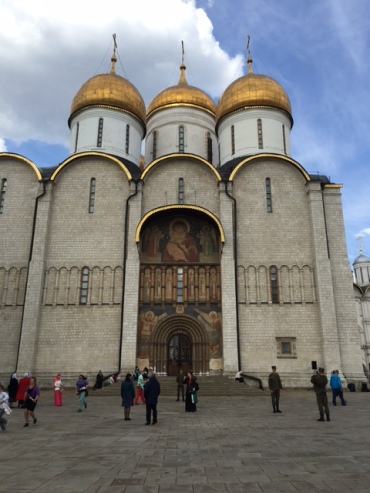 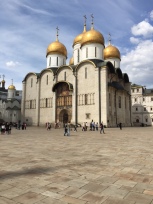 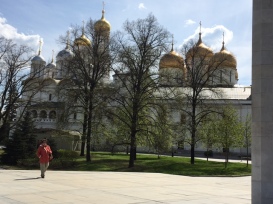 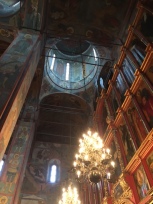 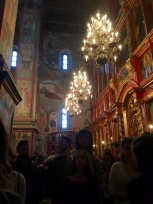 Later that day, I headed to the Memorial Museum of Cosmonauts and then to VDNKH, a general purpose trade show and amusement park with a large display of fountains and pavilions representing the other Soviet states. The museum has a bunch of great exhibits inside pertaining to space technology and achievements and the like. However, I wanted to make the most of time and so I simply looked at the fabulous monument and carried on. Surely I didn’t give the memorial the time it deserved. Just look at the monument. Such a gorgeous structure must hint at wonderful exhibits inside the museum. 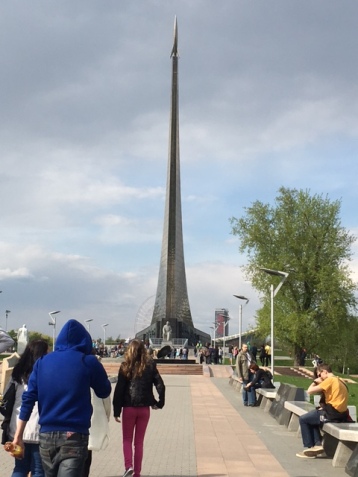 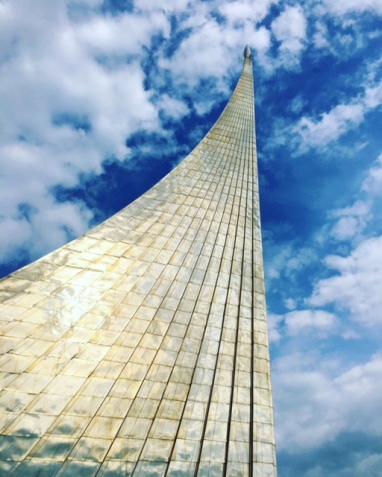 And VDNKH offered such a great view, no matter where you turned. No wonder why I saw so many couples and families there. I could’ve spent much more time circling the grounds again and again, perhaps sitting in front of the Ukrainian pavilion, about which my Ukrainian friend couldn’t stop praising. Sadly, my time was short in Moscow, and the very next day I was back in Petersburg. 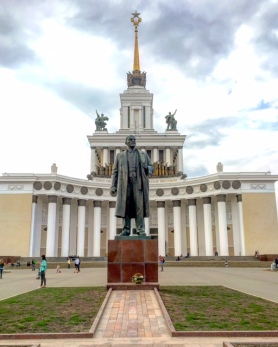 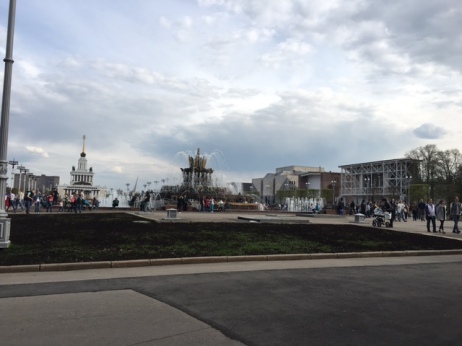 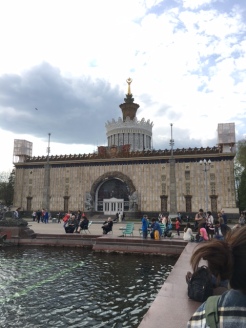 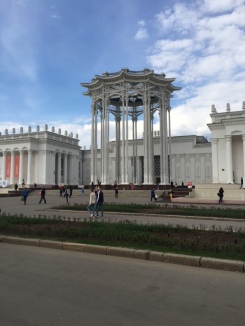 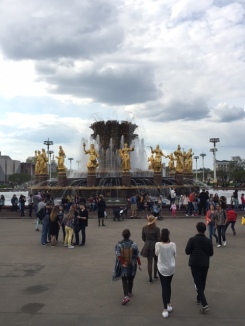