After three years, Dragon Ball Super has finally come and gone. It’s had its ups and downs, so let’s go over them.

There were 5 main story arcs: Battle of Gods, Resurrection ‘F’, Champa’s tournament, Zamasu, and the Tournament of Power. 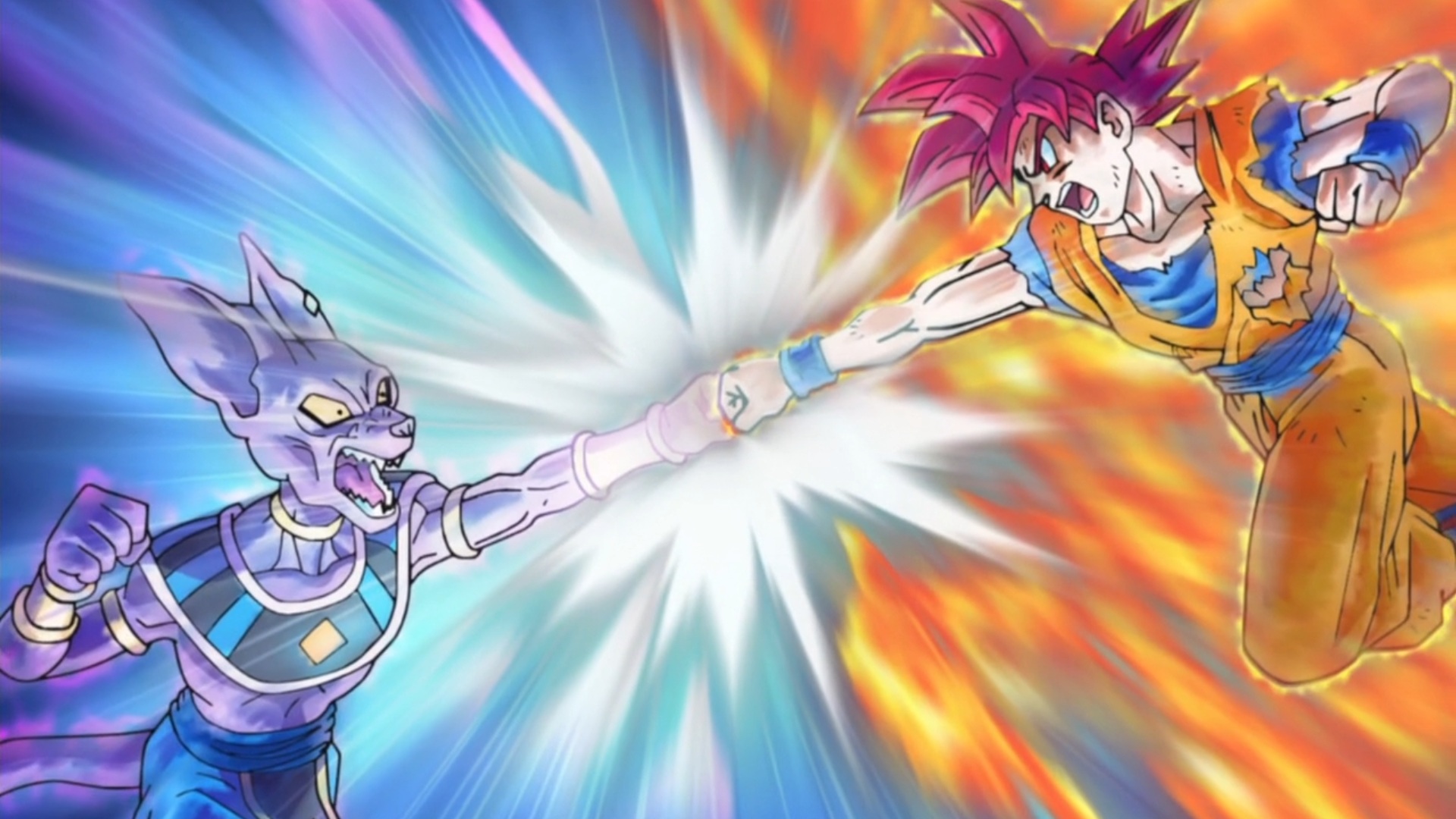 This is the movie that started it all off. Beerus, the God of Destruction, comes to Earth to fight the Super Saiyan God that was prophesied. As always, the fate of the world falls on Goku’s shoulders.

More so than the other story arcs, this one seemed comical for the most part. Yes, every living thing on the planet could’ve been destroyed. But that reality juxtaposed with the jolly occasion of Bulma’s birthday party made it pretty funny. On the other hand, the humor undercuts the seriousness of the situation. You can’t worry about destruction when you’re laughing at a joke. But what do you expect? It’s Dragonball. It always treads the line between family friendly fun and kickass action.

First off, I have to say I love the Golden Frieza form. And the theme music that goes along with it is awesome. The normal purple and white color palette doesn’t quite make Frieza stand out. He needed something to make him pop and show everyone he is a force to be reckoned with.

With that said, I was a little disappointed by this one. When Goku first fought Frieza, it was a big deal. Their fight lasted 20 episodes! I’m not complaining about the length of the fight in Resurrection ‘F’, but the quality of the fight.

As always, the battle was visually stunning. Quick, precise action and bright, flashy ki blasts always make for a good fight. However, the fight takes a turn when Frieza loses his stamina. He’s no match for Vegeta anymore, and the fight loses its interest. It’s anticlimactic. Then Frieza obliterates the world. Where did all that energy come from? I thought he was exhausted. He can destroy the world, but not Vegeta? Okay. Weird. Then Whis rewinds time so Goku can kill Frieza before he destroys Earth. Deus ex machina much?

Later, Champa’s tournament comes to Dragon Ball Super. In hindsight, there aren’t a lot of stakes to the tournament. Okay yeah yeah. Universe 7 could win the Super Dragon Balls or the Earth of Universe 7 would replace the destroyed Earth in Universe 6. But it’s really just a pissing match between the two brothers Beerus and Champa.

Whatever the case, I didn’t care. It was exciting to see a new cast with new abilities. Hit was a great addition. His Time Skip ability created a lot of exciting possibilities in combat. It also gave Goku someone serious to fight. Their final battle was amazing and we got to see the grand of Kaio-Ken. Let’s just say things got intense.

However, it was also great to see some reflections of Universe 7 in Universe 6. In Frost, we saw a reflection of the cold, conniving Frieza. In Cabba, we saw a reflection of all the Saiyans of Universe 7. Only Cabba is not as developed as any of them. When Goku and Vegeta meet Cabba, they see a younger version of themselves. They want to help and teach him. Vegeta even becomes his master, after whooping his butt that is.

So Champa’s tournament brings new action and new characters, but also develops the relationships between them in set up for future events.

Let’s get one thing straight: Zamasu is a dick. Yeah yeah, he wants to destroy humans because they’re bad. There are worse creatures, okay Zamasu? We’re not that bad. You’re just being a dick.

As for Black, his reveal was great. As Future Trunks is being chased through an apocalyptic city, we wonder who this great villain is: Cell? Androids? No. It turns out to be Goku. Quite the plot twist. Of course, we find out that it’s Zamasu with Goku’s body. So he’s still a dick.

Regardless, the pairing of immortal Zamasu and Black was a great one. Sure, Zamasu was almost useless on attack, but it didn’t matter because he couldn’t die. Meanwhile, Black kept getting better and better in classic Goku fashion. Each time Vegeta, Goku, and Trunks went back, the situation seemed to get worse and worse. When Black and Zamasu finally fused, it took Vegito Blue and an Energy Blade-wielding Future Trunks to take him down. Ironically, it was the imperfect pairing of a mortal and an immortal god that lead to Fused Zamasu’s downfall…and that’s how it ended.

Well, not quite. I wish that was that. It was a nice, poetic end. But Zamasu spread over the universe, trying to integrate himself with the very concept of justice and order. I know. That’s deep. But it took another deus ex machina, this time in the form of Zeno, to erase the threat. Come on Dragon Ball. That’s cheap.

The Tournament of Power

This. Was. Awesome. All of my favorite parts of Dragon Ball Super happened in the Tournament of Power. That doesn’t mean this story arc was perfect though. There were a three complaints I had. Let’s get into those before we get into the all the best parts.

For starters, too much buildup. There was a lot of focus on the emotions of various characters to show how important it was to win the tournament. But come on, if you lose, your universe is erased. I think the stakes are pretty clear. Also, there was a lot of suspense around who would be picked. Dear god Dragon Ball. No one wants Yamcha! Stop teasing it.

Another thing that bothered me was the logic of it. Universe 7 went in as the second weakest universe. Yet, they did surprisingly. I’m not just talking about Goku and Vegeta. All of them. People like Tien are hopelessly outclassed by Super Saiyan Blue, and yet many of the enemies were as strong as Super Saiyan Blue. Blah blah blah teamwork.

The final complaint is that there are just so many characters. Yeah. That’s kinda the point of the tournament. You’re right, and I have no idea what else they could’ve done. But because of the number of characters, we had to suffer through many episodes with fights that we just didn’t care about. Many of the characters were boring and frankly, forgettable. But once all the useless people disappeared…damn.

There are a ton of great moments. But again I want to focus on three.

Caulifla’s cunning and charisma combined with Kale’s beastly power made Kefla a force to be reckoned with. The battle was so intense that it reawakened Goku’s ultra instinct. Granted, he hadn’t perfected the ability yet. While Goku had a solid defense, his attacks were still weak. But that meant he had to get creative. Watching him finish off Kefla with a Kamehameha to the face was so satisfying. And when he used the charging Kamehameha to slide over Kefla’s ki blast, wow. Pure bliss. 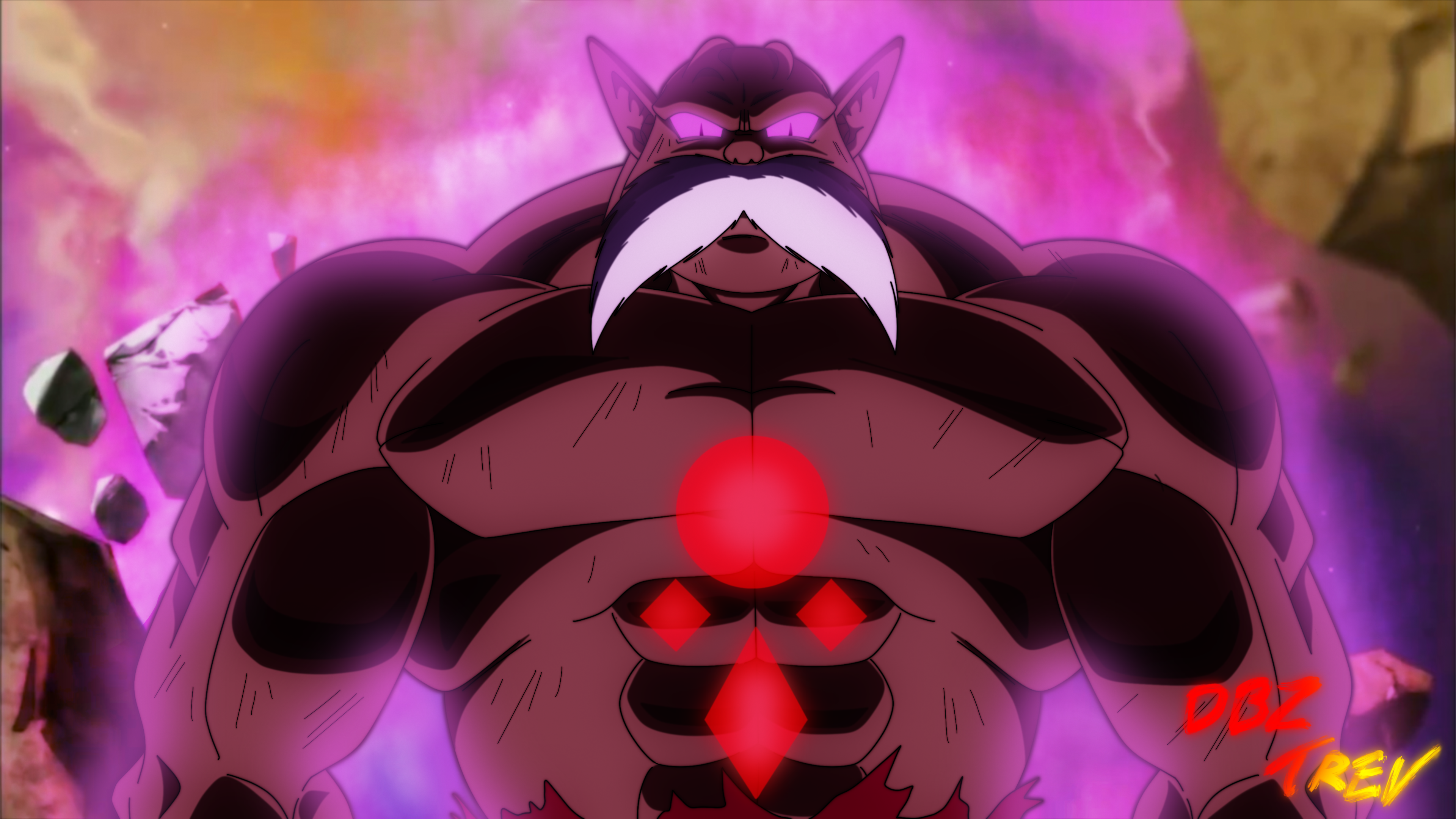 This was something I expected for a while. Having read a bit of the manga, I knew Toppo was a candidate for the next God of Destruction. But seeing him transform from a fat, goofy looking Pride Trooper into a hulking God of Destruction was incredible. Seeing him brutalize Frieza was even more amazing. Then seeing Vegeta face Toppo’s sheer power head on…it’s just one awesome thing after another. And how fitting that the leader of the Pride Troopers be eliminated by Vegeta, quite possibly the most prideful being in the multiverse.

Goku and Jiren duked it out several times during the tournament. And each time they did, we were never disappointed. In the first fight we see just how powerful Jiren is as he takes everything Goku’s got like it’s nothing. Even after Goku uses Super Saiyan Blue and Kaio-Ken x20, Jiren still pummels him without breaking a sweat. He then lets Goku gather a spirit bomb and throw it at him. But Jiren takes it and throws it back at Goku because he is so unearthly strong. Then there is the heartbreaking moment where Goku is seemingly swallowed up by the spirit bomb.

But come on, Goku can’t die. Not halfway through the tournament anyways. And boy oh boy, when he comes back…the unveiling of Ultra Instinct Goku gave me goosebumps. Say what you will about Dragon Ball Super, but the first fight between Ultra Instinct Goku and Jiren was one of the best fights in the whole series.

Goku lost the fight, but he lived to fight again. The next time he fought Jiren would be just as good. Only this time he mastered Ultra Instinct. Sure, Ultra Instinct took a massive toll on Goku’s body and didn’t let him take the finishing blow right away. Even so, while in Ultra Instinct form, Goku gave us another battle for the ages. He and Jiren pushed each other harder and harder until their power reached enormous heights.

My only concern: I don’t know how Dragon Ball can ever top this.