New York City isn’t known for its wildlife. In general, the animals that call NYC home are the kind you’d rather ignore. Dirty packs of pigeons waddle along the streets and coo from the rooftops while rats scurry through the subways, sometimes with a stolen pizza in their jaws. But rest assured, there’s more than that.

Of course, Central Park is a sanctuary from the concrete jungle with sparrows, squirrels, turtles, and ducks (I still wonder where they go in the winter). And if you’re in the mood for a coffee and a cat to cuddle up to, there’s Meow Parlour in Chinatown. Just make sure to put in a reservation. Meow Parlour is becoming quite the attraction.

But that’s not what we want. We want an adventure. We want to explore. So if you want your feline fix, try Roosevelt Island instead. The island in itself is a wonderful place to visit. It’s a quiet island, accessible by tram, that features a lot of cute cafes and sunny streets to walk along.

However, while you walk, you might notice cats watching you from the shadows. A while ago, people began abandoning their cats on the island. They, of course, reproduced and grew in numbers. There’s now a movement led by Island Cats to capture, spay/neuter the cats, and adopt them. But before they find an owner, these cats call the abandoned Renwick Smallpox Hospital home. The hospital has not yet been opened to the public, but personally, I’m okay with that. It looks like the place of nightmares. As for our feathered friends, New York is just as welcoming. If ever you’re around Brooklyn College, keep your eyes out. Apparently, in the 1960s a shipment of Argentinian birds escaped from the cargo hold in JFK. Now the college campus hosts a family of bright green parakeets. They’re used to warmer living, so make sure to look near any place that might give off heat.

Yet, in my opinion, the coolest creature you’ll find in NYC is the peacock. There are three of them in fact, and they have names too: Jim, Harry, and Phil. Phil is my favorite. He is completely white and as I witnessed one spring evening, he loves to eat pizza (please don’t give him pizza, though. He’s trying to watch his weight). The three peacocks, which often walk through the grounds, belong to the Cathedral of St. John the Divine. Supposedly, they’re symbols of immortality and renewal. If you don’t visit the cathedral for the peacocks, visit the cathedral for the cathedral. Although still under construction, St. John the Divine is the fourth largest Christian church in the world and an extraordinary example of gothic architecture. 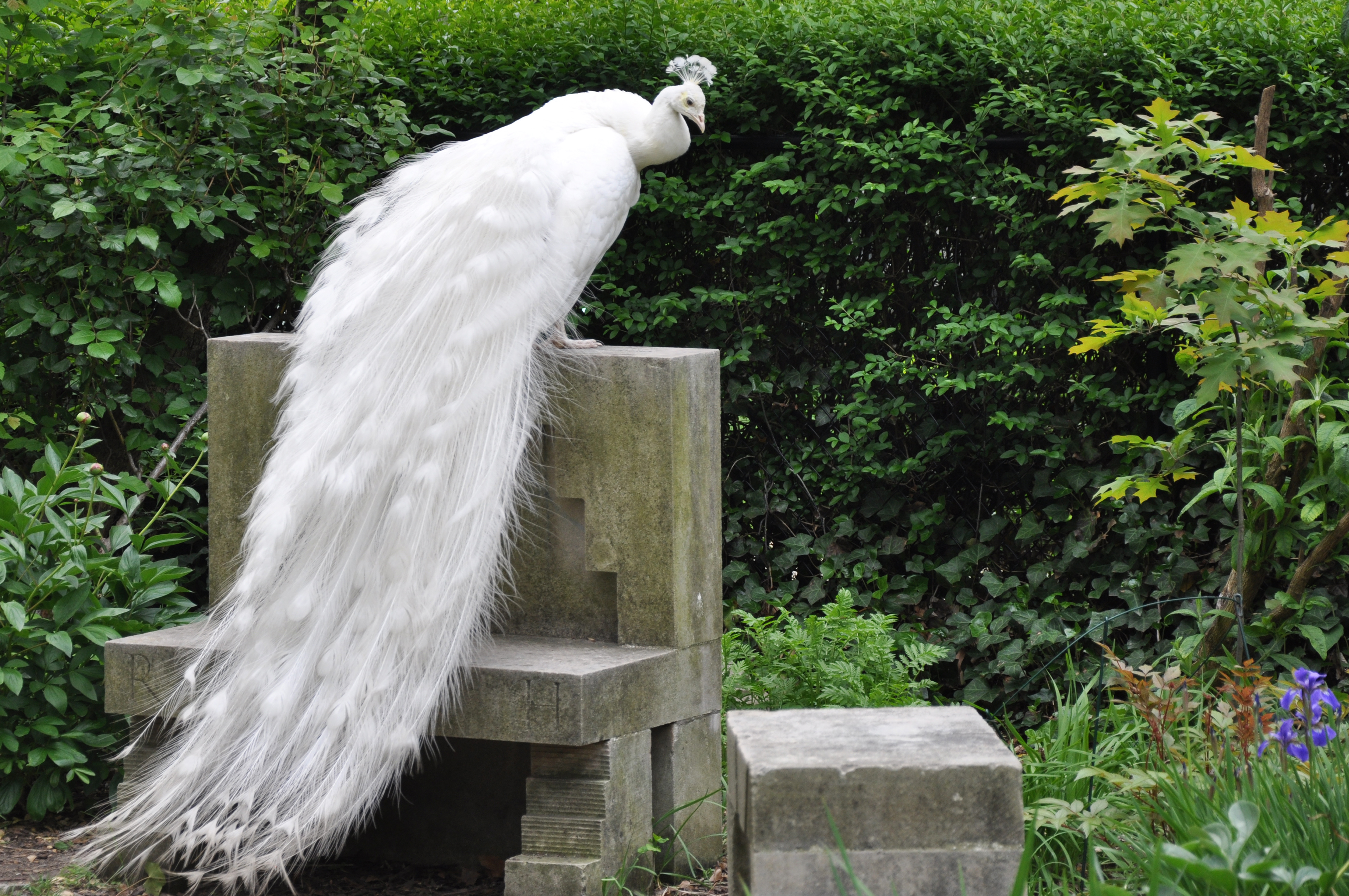 So take your pick. Go see the many cats of Roosevelt Island, take a college tour in search for parakeets, or go to St. John the Divine and say hi to Phil for me.