After a lovely morning in Bratislava, my friends and I took a bus to Vienna, Austria and planned our day over a picnic in the park. First on our list was the Schonbrunn Palace.

Originally built in 1548, the palace was purchased by the Holy Roman Emperor Maximilian II in 1569. Since emperors seem to have a taste for the excessively extravagant, you can be sure the palace and its gardens were expanded upon over the years. But enough about the history. Look at this place! 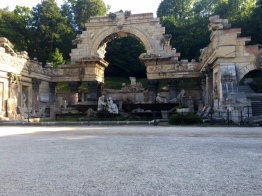 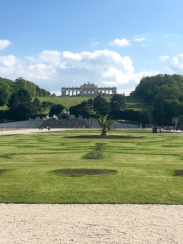 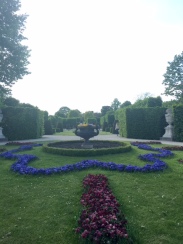 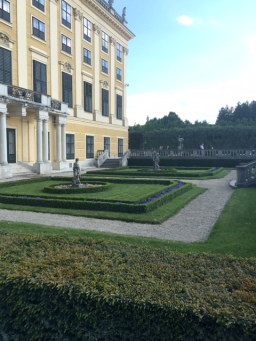 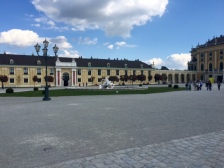 So the front looks a little bare, for a palace anyways. However, you haven’t seen the back yet. God, I considered throwing behind all my friends and family just to live in one of the bushes and wake up every day to see such beauty. From the French gardens to the lilac covered walkway to the great, open fields, I fell in love. I wouldn’t have believed that I’d soon see another palace just as gorgeous.

We continued on, walking from place to place. We saw Karlsplatz, the Vienna State Opera, and the Hofburg Imperial Palace with its Burrgarten. We never stayed too long. Our plan was to come back to Burrgarten the next day. Aside from that, we simple enjoyed walking from place to place. Stunning tourist traps aside, the city as a whole is breathtaking. It’s certainly worth renting a bike just to see as much of it as you can.

In the evening, we headed down to a little marketplace, which also just so happened to include St. Stephen’s Cathedral. I don’t care what you say about roofs – “a roof is a roof,” “roofs suck,” “boring!” – St. Stephen has a fine-looking roof. It’s a shame they dared cover it up, and for what? Renovation? Restoration? Ugh, can you believe that? How selfish! 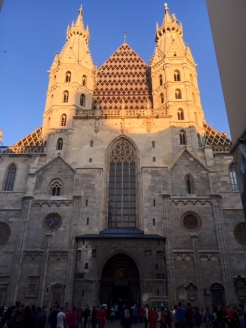 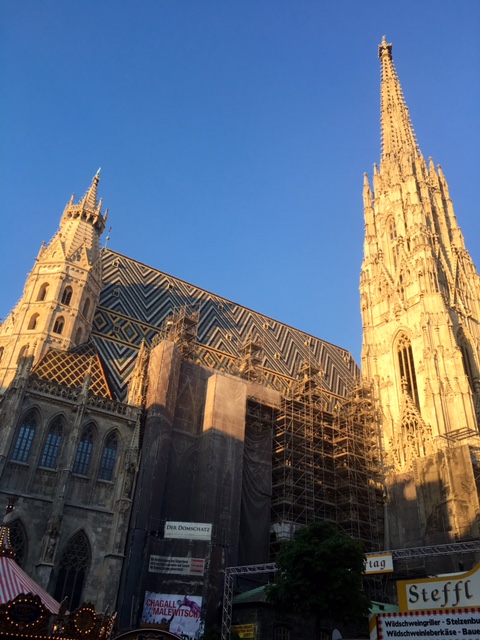 Finally, after a bit of schnitzel, we called it a night. Then, before we knew it, morning had come and we were off on a few rented bikes from our Hostel Ruthensteiner (great place with a great staff, including one guy who looked like Brazilian Jesus). As I said, it’s certainly worth renting a bike. During the day we stumbled upon places we never thought to visit like the Kunsthistorisches Museum, the Parliament Building, Rathaus Park, and whatever that gold thing is. 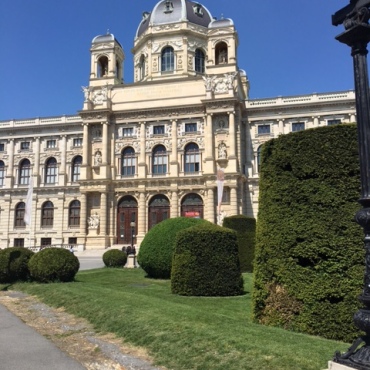 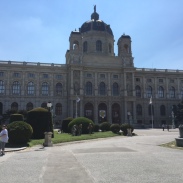 Although such places were worth a stop, they were nothing compared to our real destinations in mind. For example, the Votive Church. Of course, when I went, the church was undergoing construction. Someone even had the bold idea to put an ad there. Even so, you must admit that the church is a stunning sight to behold, especially if you imagine the facade completely clean. 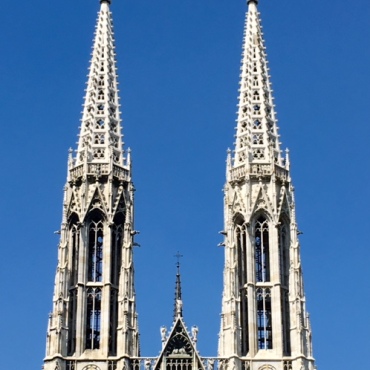 Not impressed? Well, let me introduce you to Belvedere Palace. The grounds were so lovely. It’s no surprise a wedding reception was being set up in the background. Also, yes, that is a snowman carved out of marble.

I should also mention that there is another palace farther down, along with an art gallery. Of course, I was too short for time to check them out…also, I didn’t know they were there. Would I have gone, I might’ve shown you pictures like this:

Point is. Go to Vienna.

2 thoughts on “Vienna the Wunderbar”