The most popular setting in the fantasy genre is by far medieval times. Whether in our own world or a world fabricated by the author, there is no shortage of stories in the Middle Ages. However, writing a medieval story poses some problems. How do you create an authentic world without alienating the modern-day reader? 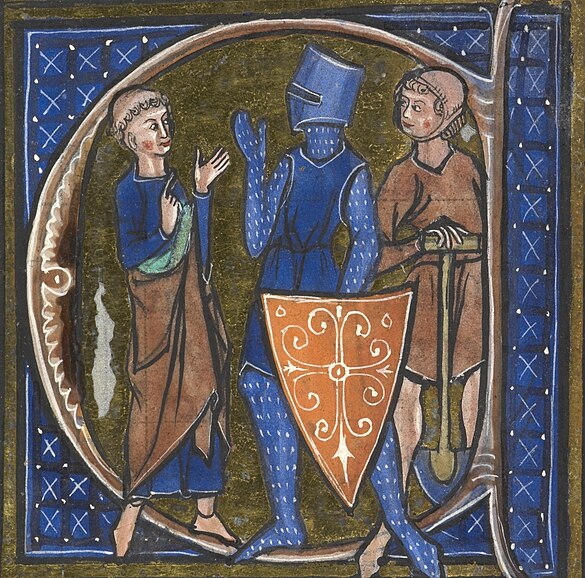 This is especially a problem when it comes to dialogue. Here’s actual medieval English from language used in medieval documents:

“In englysch tonge I schal you telle

Yif ye so longe with me wil dwelle

For that is youre kynde langage

That ye have most here of usage

That is boren in engelonde.”

Even if you were to speak it aloud, it sounds completely strange to the modern ear. So you can’t write with complete authenticity. It alienates the reader. It’s hard enough to connect to imaginary characters on a piece of paper, but it’s near impossible to do so when you have to translate everything into modern language.

On the other hand, you shouldn’t stray too far from real medieval dialogue. No one is going to take your story seriously if you’re using slang. No knight should be talking about getting “turnt” at a pub or saying how “lit” the inn is. Anachronisms also take away from the story’s legitimacy. As much as I love the quote from Peter Jackson’s Lord of the Rings: The Two Towers, when an orc says, “Looks like meat’s back on the menu, boys,” I can’t help but think, They didn’t have restaurants back then. And orcs definitely wouldn’t go to them if they did exist. How do they know what a menu is?

Honestly, just write as you normally would and add some buzzwords for a medieval flare. Remember how people would address one another and remember exactly how they would say it. A nobleman would say, “my lord” and a peasant would say, “m’lord.” It can even be something as simple as using “aye” instead of yes.” Such small words don’t attract much attention away from the story. Therefore, they give a feeling of the medieval times while also allowing the reader to focus on the actual content of your writing.