Let me ask you a question: Why are humans so special? We do what we want, not what we need to. Free will. It means we are not bound by necessity or fate. You’re reading this right now not because you need to, but because you want to….right?

I don’t think so. The way I see it, choice is an illusion. Imagine you’re at a neighbor’s barbecue. You can choose to eat either a hamburger or a hot dog. You pick the hamburger. Since you made a conscious choice to eat the hamburger, you call that free will. But, why did you choose the hamburger? You chose the hamburger for a number of reasons:

2. You prefer the taste of hamburgers over hot dogs

3. There were no other options

5. You went to a barbecue recently, ate a hot dog there, and would rather eat something different this time

I’m sure you can think of a few more.

So, following my line of logic, what determines our actions? Nature vs. nurture. Well, it’s really more like nature and nurture. 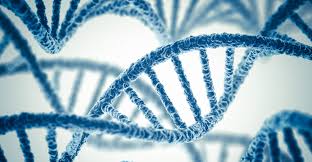 Each person is born with a certain genetic code. As countless studies have proven, genetics affect a person’s physical traits as well as their personality traits.

Height is a clear example of this. I am 5′ 5″. I am only 19 years old and I am hanging onto the tiniest of hopes that I will grow more, but I’m sure that I will always be relatively small. My father is 5′ 10″ and my mother is 5′. Maybe I could’ve been taller, but you can be certain that I would never become 6′ 5″. That’s clear enough, right? I’m simplifying this for the sake of clarity, but we can agree that I was born the way I was.

But, let’s just get to nurture. That’s where it all comes together.

People change because of environmental factors.

Take the height example again. What if I grew up in a household that never had milk? Without the proper amounts of calcium, I wouldn’t grow as tall as my genetics would allow. I’m 5′ 5″, but if I didn’t drink milk, maybe I would’ve been 5′ like my mother.

Is this starting to make sense?

Let’s expand to beliefs. No one is born believing anything. No one is born a Christian or a Muslim. We are nurtured into religion. Most often, people maintain the religion of their family. They are taught to believe by their family, not born to believe. People who convert were influenced enough by environmental factors (e.g. a persuasive religious figure) to change.

Now step away from religion. What about opinions of people? You aren’t born with an opinion of another person. After hearing gossip about Jordon and experiencing Jordan yourself (nurture), you decide that Jordan is a bitch. But maybe you also have a distrustful nature which affects your opinion of Jordan. Nonetheless, you don’t decide on a whim that Jordan is a bitch.

But what does this have to do with free will and choice? Nature and nurture decide who you are, what you think, and what you feel. Based on all these whats, you make decisions. It’s logic.  I am writing this post because I am a writer and a thinker, I think that free will doesn’t exist, and I feel that others should see the world as I see it.

Hold on. Not all decisions are logical though! I am now flailing my arms. Why? Not for any logical reason. I had no goals in mind. I did something simply because I wanted to. Free will.

But why did I want to? Faced with all this dense, philosophical logic, I wanted to prove that not everything is controlled by who I am and the factors that affect me. So I really did have a goal, and by trying to escape control, I played right into it. Okay, well why did I flail my arms rather than scratch my nose? Scratching my nose would be random. However, arm flailing is something that I believe is random. In fact, in this moment, it is my very idea of random. Programmed into my nature and given the circumstances, I consider arm flailing to be most random.

You see. There is no possible way that I would scratch my nose. At the time, it was not something I considered random (nature). And the idea that free will doesn’t exist is so thought provoking that I had to test it out by doing something random (nurture).

I’ve already included so many examples. Please don’t make me write another one. Think of one yourself. Write one in the comments even. Either way, I guarantee you that there is an explanation.

One more thing. Expand the illusion of choice from yourself to everyone and everything. Each person makes choices based on their own convictions. These choices affect others, causing them to respond in a logical manner and possibly altering their convictions. It is all a giant web of cause and effect.

I don’t expect anyone to understand this web in its entirety, but if you could….wouldn’t that mean there is a fate for all of us? Since the universe progresses in such a logical manner, wouldn’t that mean there is only one way the universe can progress. It doesn’t mean that this is all a part of some god’s plan. But it does mean we all have a fixed future. There is no free will.

3 thoughts on “Free Will”

Join 373 other followers
Follow He Who Wanders on WordPress.com